When it became clear the Senate would choose power over their oath to defend the Constitution, we made a commitment to use our professional talents to create a compelling campaign to rally undecided voters in swing states to show up at the polls.

Our premise was simple: there is more disdain for Trump among many voters than there is passion for Biden. What if we gave Americans another compelling reason to show up and vote? Our answer was Citizen Impeachment 2020, a campaign that reminds Americans that the power still remains with the will of the people.

It was created by a band of patriots who believe American Democracy itself is at stake in this election. The campaign includes billboards, video, social media, community outreach and targeted digital in swing states to help ensure we defeat Donald Trump, for Democracy and for the Republic. 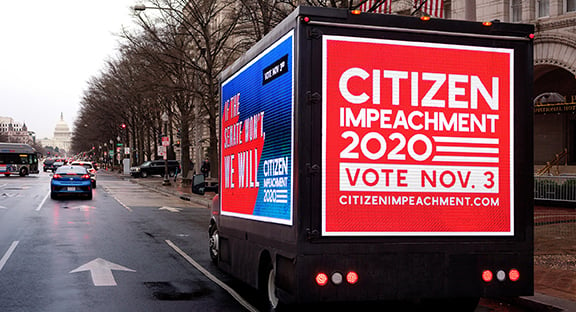 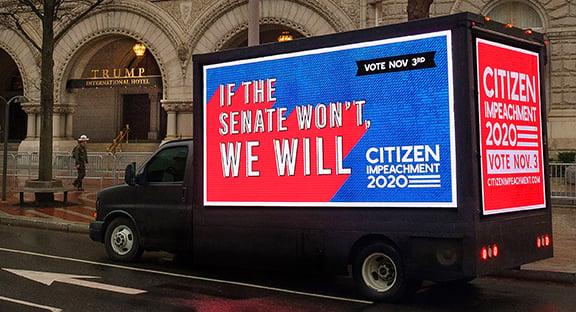 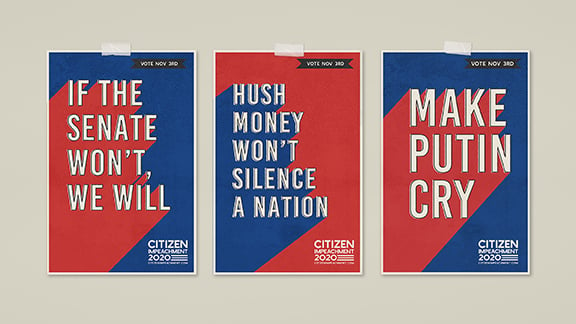 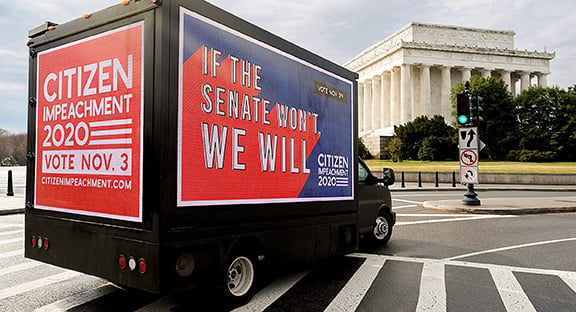 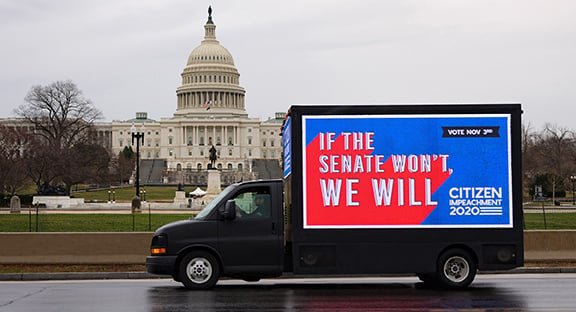 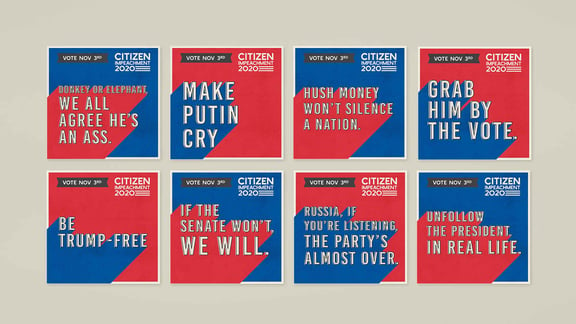 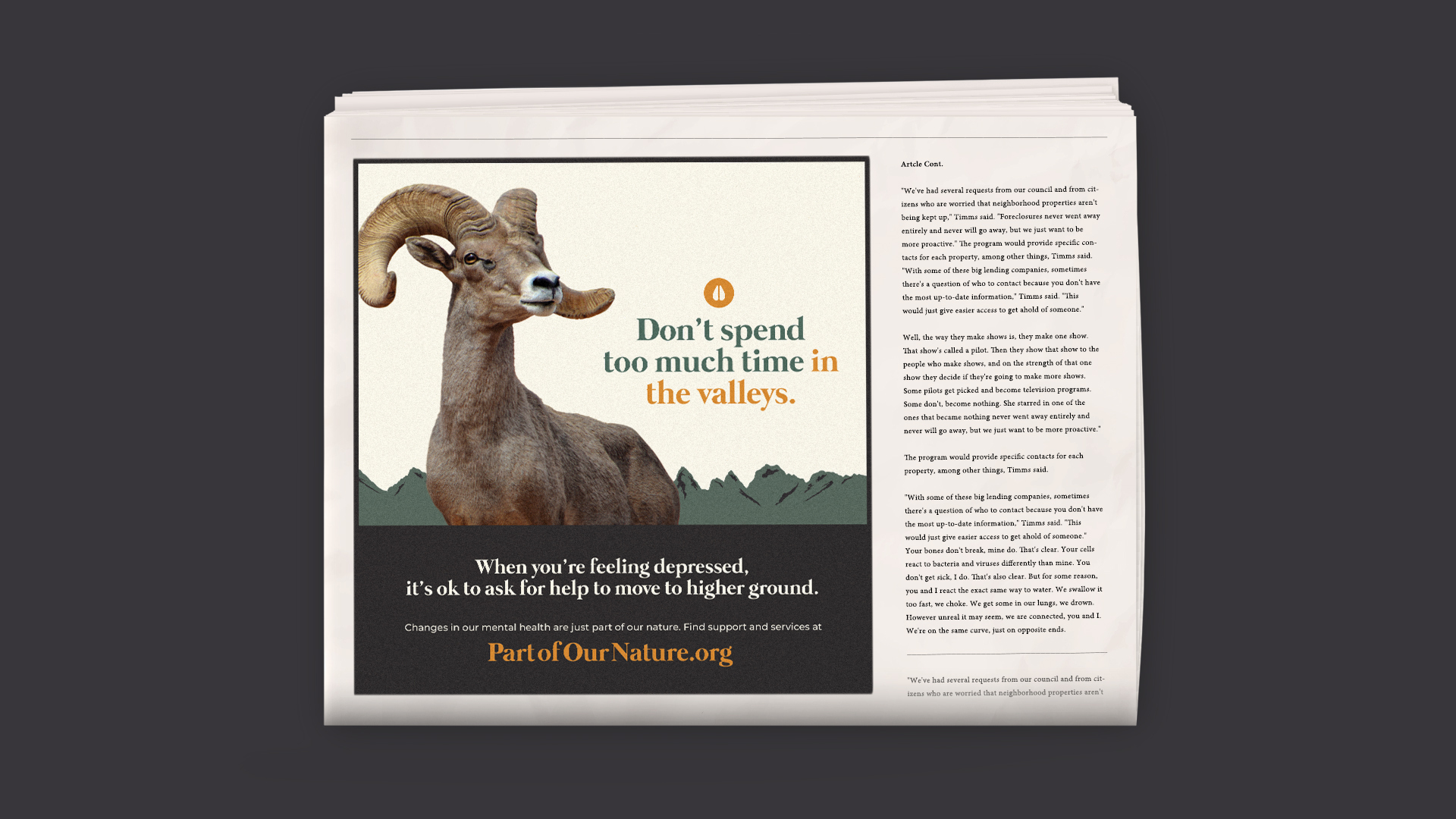 Part of our Nature 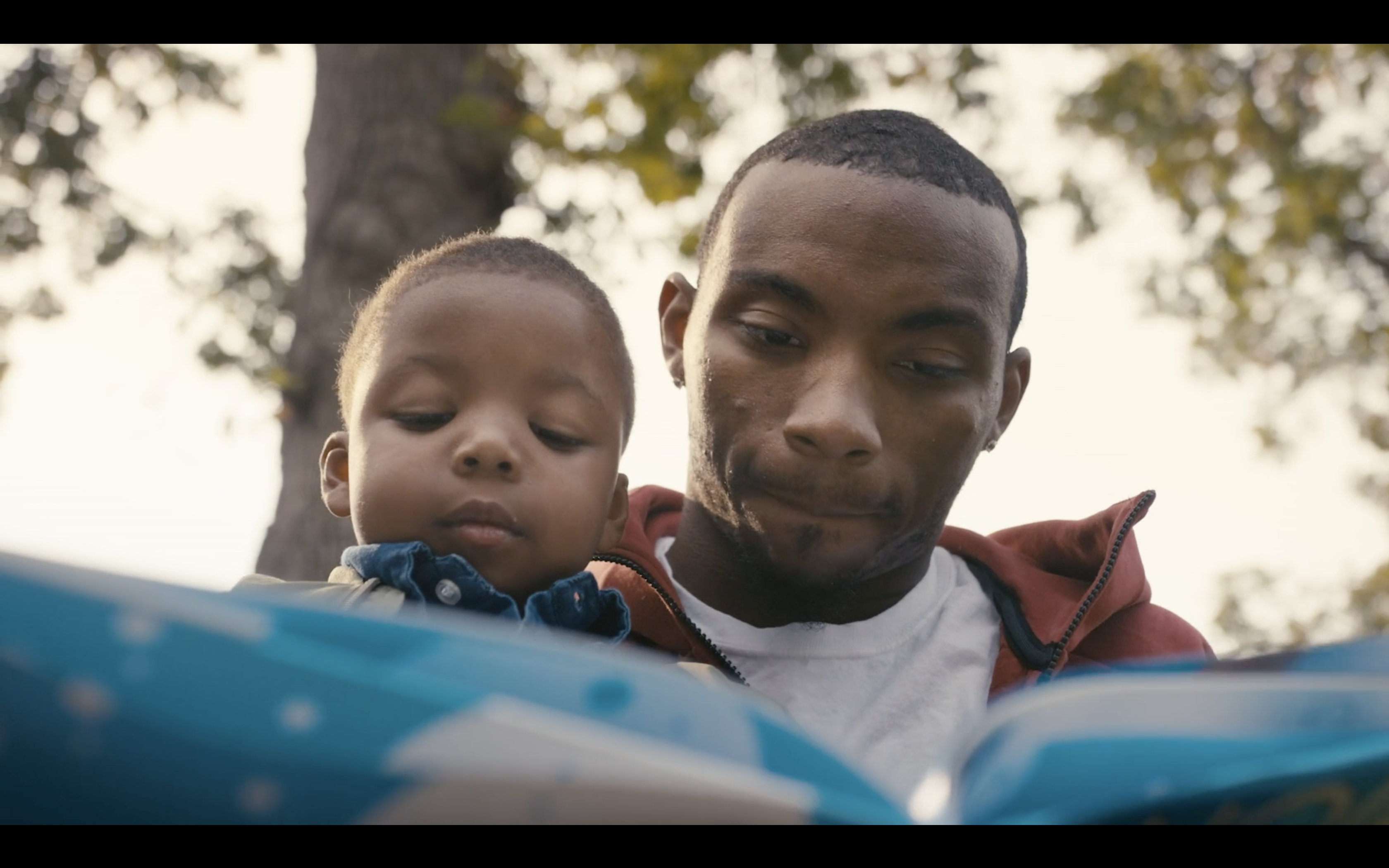 Mayhem for the Win!